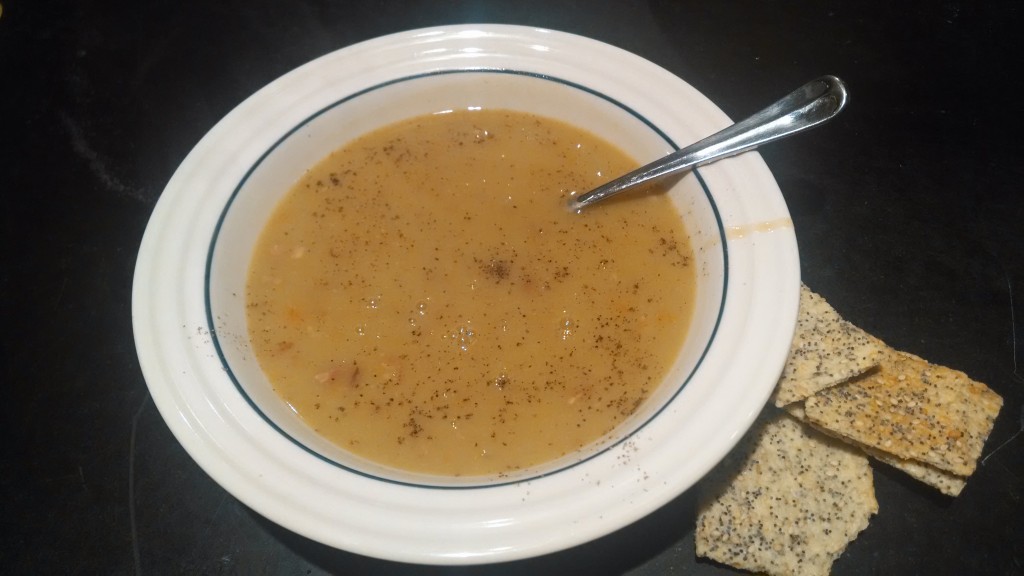 When I was a little girl in the early 1950s it took almost 18 hours to drive from Los Angeles to San Francisco on Highway 101. My mother and stepfather made this trip several times a year. Once we would get past Carpentaria, farther north along the coast highway we would reach the place where Highway 1 continued on the edge of the sea while Highway 101 turned inland. Each time we took that long trip at that point we would stop at Andersen’s Truck Stop in a tiny town settled by Danish immigrants in the early 20th century named Solvang. Anderson’s offered an endless bowl of soup – as much as you could eat for one price! And it was the most fabulous split pea soup – green, smooth, rich, and peppery – flecked with tiny shreds of smoky ham.
Eventually, by the early sixties, Andersen’s became so famous they sold the soup in cans and the restaurant grew into a Scandinavian themed hodge-podge of dining rooms and gift shops! The charm of the simple truck stop was gone and I no longer stopped there when I made the now much shorter drive to Northern California. In my early twenties I set out to reproduce that soup of my childhood and I think I succeeded.

In a large soup pot put all the ingredients, add water to fill. Bring to boil, skim froth, and put on simmer till all is completely tender. It will probably take two hours or so. Remove hock or ham, cool, remove fat and skin, and chop the meat small.
Puree with an immersion blender or cool soup till warm enough to put through blender or a sieve to a puree. Add the chopped hock meat. This soup needs a lot of fresh pepper and careful salting. It’s easy for split pea soup to be too bland. Bring it to a simmer to serve. It freezes well.

This recipe is from my book Home Comfort the story of my 50 + years of cookery.